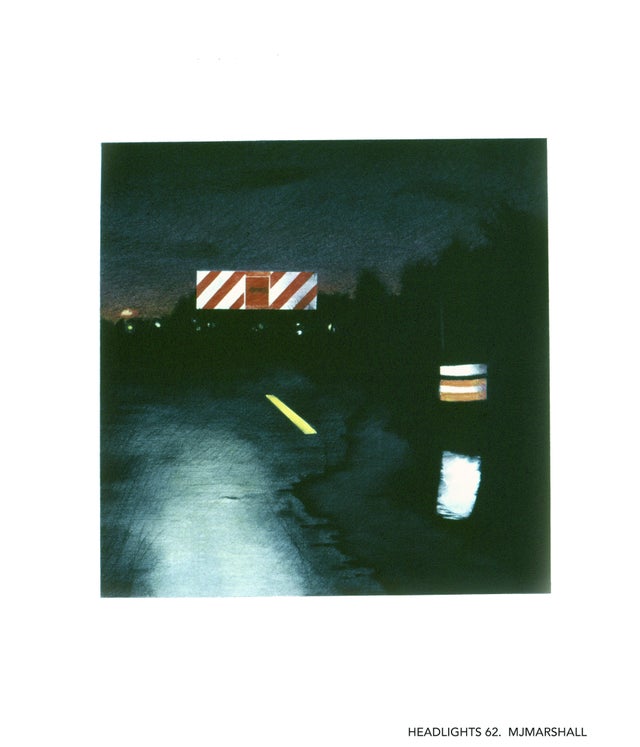 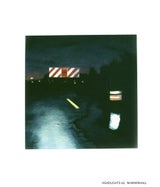 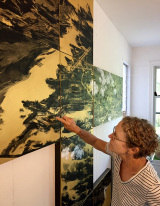 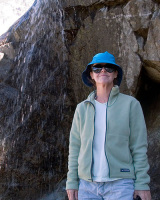 The title is from The Wasteland, “April is the cruelest month, breeding lilacs out of the dead land, mixing memory and desire, stirring dull roots with spring rain.”

Imagery as early as ‘Les Très Riches Heures du duc de Berry” in France and Peter Bruegel in the Netherlands expressed the connection between human society and the seasons. Since the beginning of agrarian societies, certainly in temperate latitudes, April has been the month of beginning, a time of planting and hope, of the renewal of life. When I think of April I think of planting.

Mona Marshall of Austin Texas studied at Tyler School of Art in Rome and earned her MFA from the San Francisco Art Institute. Her work has been exhibited in SanFrancisco, L.A., N.Y. and Texas. She has received first place awards in the “International Encaustic Exhibition” and in “Celebrating Texas Art." Marshall has been granted four residencies at the MacDowell Colony, and was a Visiting Artist at the American Academy in Rome. She became a Master Naturalist in Austin in 2012. In 2019 Marshall was invited to participate in two exhibitions in South Korea--Draw Engrave Make, in Suncheon, and Present Tense, in Incheon.

Marshall has long had an interest in the relationship of the natural world with human enterprise. The work for her show Three Stories About Water at Southwest School of Art, tells stories of the absence of water, the beneficence of water deep underground, and the paths water travels.

Click below to hear Mona Marshall speak about her artwork entitled, "Memory and Desire" created specifically for the April Dressed In All Its Trim exhibition: