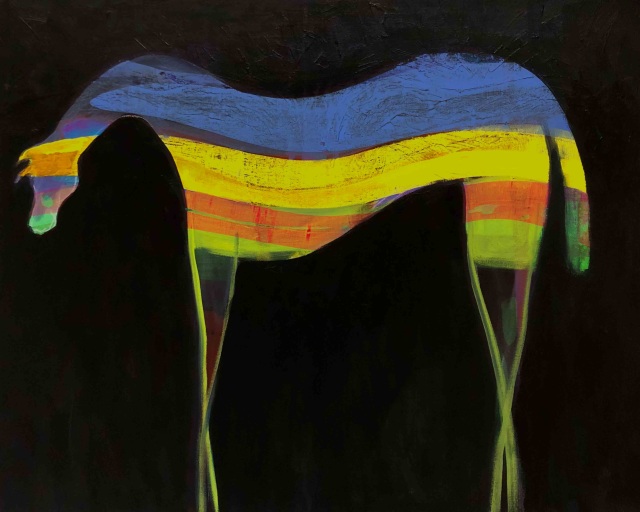 "At the hour he'd always choose, when the shadows were long, and the ancient road was shaped before him in the rose and canted light like a dream of the past where the painted ponies and the riders of that lost nation came down out of the north..."