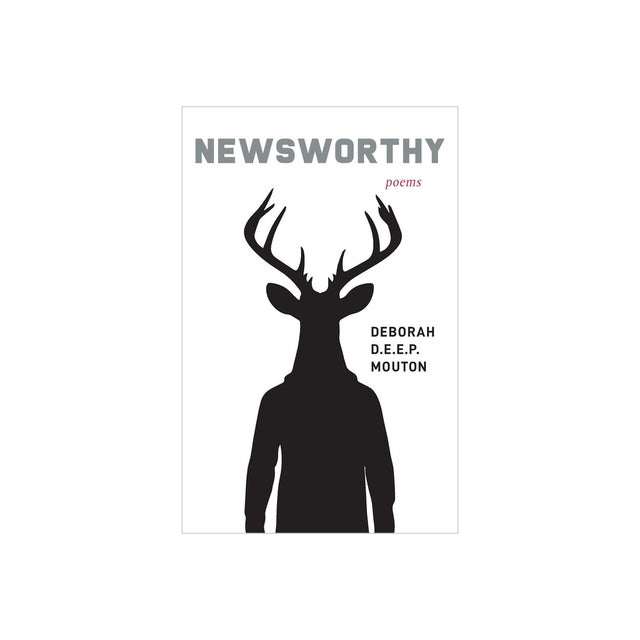 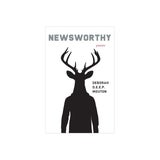 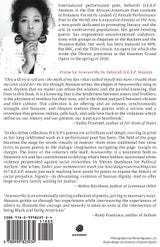 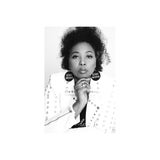 Newsworthy wrestles with living in a culture infected by white supremacy where current media is distrusted, cursory, and impossible to escape. And yet, we yearn to know. We crave a thoughtfulness--apart from soundbites and viral videos--that plumbs deeper, one that reawakens our shared humanity by reminding us that under headlines beat all of our "pierced hearts."

A leading light in the new poetic guard, Deborah D.E.E.P. Mouton's collection is a poetic reimagining of the newspaper, collecting cutouts from the editing floor to resurrect those who would otherwise be forgotten. Not content to further sensationalize the horrors perpetrated on Black Americans by a broken justice system, Mouton boldly relays stories of police brutality by reinventing poetic form and function, reminding us that wisdom, context, and every angle of truth is what infuses information with elucidation.

Akin to An American Marriage, Newsworthy grounds the fragility and danger inherent in contemporary Black experience in an "ordinary" family: mother, father, brother (Josh), and sister (Amandla), following their near and lived tragedies against the backdrop of murdered black Americans. Amandla serves as a surrogate for all of us, regardless of skin color, morphing from naive bystander to headline herself. Alongside her, we witness the exponential compilation of threat. We learn to conceive of dread, anger, compassion, suffering, and love as survival tactics. And we uncover what we should have seen all along: that to be human in the world is to rectify its injustices. With Newsworthy, Mouton brings us news of the heart.

Born in Riverside, California, Deborah D.E.E.P. Mouton is an internationally-recognized performance poet and the first African-American Poet Laureate of Houston, Texas. Formerly ranked #2 Female Performance Poet in the World, she is a founding member and executive director of VIP Arts Houston, a non-profit dedicated to promoting literacy and the arts in underserved populations. Her genre-bending poetry has engendered unconventional collaborations with groups as disparate as the Houston Rockets and the Houston Ballet. Her work has been featured on NPR, the BBC, and the TEDx circuit. An opera about the life of Marian Anderson, for which she wrote the libretto, premieres at the Houston Grand Opera in the spring of 2020. Mouton lives and teaches in Houston.